EPL is proud to be hosting Gaiman, who is credited with being one of the creators of modern comics, as well as an author whose work crosses genres and reaches audiences of all ages, as part of an already extraordinary 2018 speaking roster.

Gaiman will speak at the Shaw Conference Centre on Tuesday, Nov. 13, 2018. Tickets will be available for $20 starting at 10 a.m. on Wednesday, Sept. 12 on Eventbrite through epl.ca, and all proceeds will support the revitalization of the Stanley A. Milner Library.

A self-described “feral child who was raised in libraries”, Gaiman describes his varied art as: “I make things up and write them down”.

The #1 New York Times bestselling author of more than 20 books, Gaiman is known for works such as contemporary fantasy novel American Gods, young adults’ story Coraline and children’s novel The Graveyard Book. His Sandman comics have been called groundbreaking, and he is known as a creator of not only fiction and comics, but also of screenplays, song lyrics, poetry, journalism and multimedia works.

Gaiman is the sixth speaker to be announced as part of the 2018 Forward Thinking Speaker Series. Media critic and Feminist Frequency creator Anita Sarkeesian and criminal defence lawyer Marie Henein have already visited Edmonton to speak in front of sold out crowds, while Canadian rugby star Jen Kish, Dragons’ Den venture capitalist Arlene Dickinson, and Indigenous comedian and activist Candy Palmater will do the same in the coming months.

The Forward Thinking Speaker Series started in 2015 and EPL has hosted nearly two dozen events over the past three-plus years, sharing diverse ideas and experiences thanks to thought-provoking speakers. The goal is always to inspire Edmontonians and make them think critically, and build not only on productive discussion, but ultimately a better community and society.

EPL is grateful to Edmonton Community Foundation for extending their support from previous events and partnering with the library for the entire 2018 season, as well as event sponsor University of Alberta Libraries and media sponsor Avenue Magazine.

About the Edmonton Public Library
The Edmonton Public Library (EPL) is proud to be 2014 Library of the Year! We’ve come a long way since 1913 when books were all you could find on our shelves… and we’re just getting started! Today, EPL carries everything you care about. We are Edmonton’s largest lender of all manner of information and entertainment. Our professionally trained staff take you beyond Google with the knowledge, discernment and desire to help you navigate a universe of information. The second most visited place in Edmonton, every year EPL hosts over 15.4 million in-branch and online visits across our 20 branches and website. We deliver our incredible content to you everywhere – in the library, at home or on your handheld device. Unmatched access and unrivalled value – that is today’s EPL. EPL is a registered charity and relies on donations to enhance services. Spread the words. www.epl.ca/give 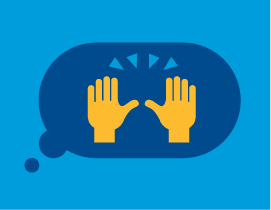