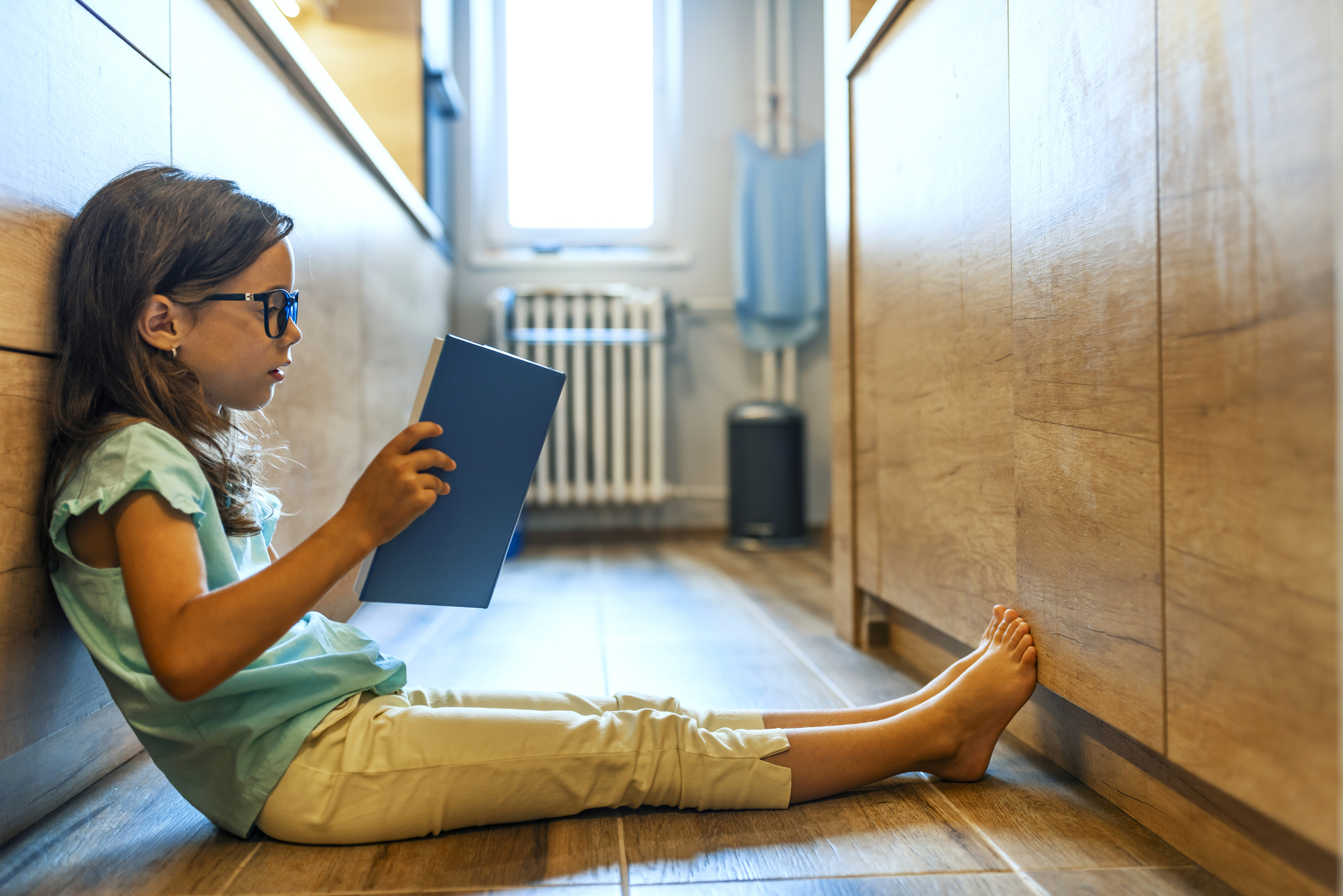 At the grocery store, we try to appear normal.

I determinedly ignore the plexiglass shield, the clerk ignores my plastic gloves, and we attempt polite small talk. How are you coping? Hanging in there?

At one point, though, she looks at me seriously and says: “It’s just so quiet out there.” Weird-quiet. Eerie-quiet. I know what she means. There are far fewer cars on the road because there’s almost nowhere to go. The grocery store parking lot is nearly empty.

It’s exactly this kind of small encounter that plants the first seeds of a story.

I once looked over at our sleeping dog, a mutt of indeterminate breed and odd proportions and thought: “oh, Milly, you look like you were made out of spare dog parts.” That fleeting moment led to a picture book, coincidentally titled Spare Dog Parts. It sometimes happens that quickly.

It’s just so quiet out there. The grocery store conversation reminds me of another story that grew from exploring the idea of silence.

I had found myself unconsciously writing about silence a lot. I wrote a middle grade book about a boy lost for three days alone in a vast, still forest (Lost in the Backyard), and one about a girl counting down the long, quiet hours of the nights during a month-long stay in the hospital (Kasey & Ivy).

Silence had crept into my writing, almost as if it was a character.

But the silence in those books had an eerie quality, too. The default of noise seemed to be far more familiar, far less ominous.

I did some research on silence, and I was alarmed at what I found. In one psychological study I read, many of the teenaged subjects left alone in a room chose to self-administer electric shocks rather than sit in silence with their thoughts.

Did younger children feel similarly oppressed by silence? I started asking kids in the schools I visited what came to mind when they thought of quiet, of silence. The answers were overwhelmingly negative.

For many of them (admittedly, the ones that volunteered an answer were probably the extroverts), silence was boring. Quiet time was something to be endured, and many of them even saw it as a punishment.

The silence was also seen as scary, particularly at night, when all the bad stuff rushed in.

Even now, many children live in a world of informational bombardment (a lot of it increasingly worrying or scary), constant connection and scheduled activities. Very little silence, little time to think, reflect, or just experience the moment.

It’s no surprise that they experience higher than ever levels of stress, anxiety and depression.

I’ve always valued, even cherished my silent times -- reading, a long walk by the river, a bike ride, working in a quiet house or library. I started to feel the need to write about silence in an overtly positive way, sort of like a friend who’s been misunderstood.

My picture book, The Silence Slips In, became my gently subversive response to children feeling threatened or oppressed by silence.

It celebrates silence and shows how cultivating quiet spaces can help children feel calm and more in control. And how silence can be summoned whenever they need it. Anytime, anywhere.

The seeds of stories are a little like that: they present themselves, weirdly and wonderfully, anytime and anywhere.

The writer’s job is to sit up and take notice of them–to be alert to the story potential in a sleeping dog, in empty hospital hallways, or in phrases like “it’s just so quiet out there.” And to silence the inner critic who might try to argue that oddly proportioned dogs or the absence of noise couldn’t possibly be firm enough foundations on which to build a story.

EPL Featured Writer Alison Hughes has published 16 books some of which have been translated into Dutch, Korean, Turkish and French. She won the Writers’ Union Writing for Children Award and has been a finalist for Canada’s Governor-General’s Literary Awards, the Alberta Literary Awards, and many provincial children’s choice awards, including Ontario’s Silver Birch. Her short fiction has been short- and long-listed for the Writers’ Union Short Fiction Competition and the CBC Literary Awards. She has been a Writing Mentor and Manuscript Evaluator with the Writers’ Guild of Albertaopens a new window, and is currently a casual Writing Advisor/Editor for the University of Alberta’s Academic Success Centreopens a new window.

View a complete list of all of Alison's books that are in EPL's collection and checkout her other blog post called Impossible Conditions.