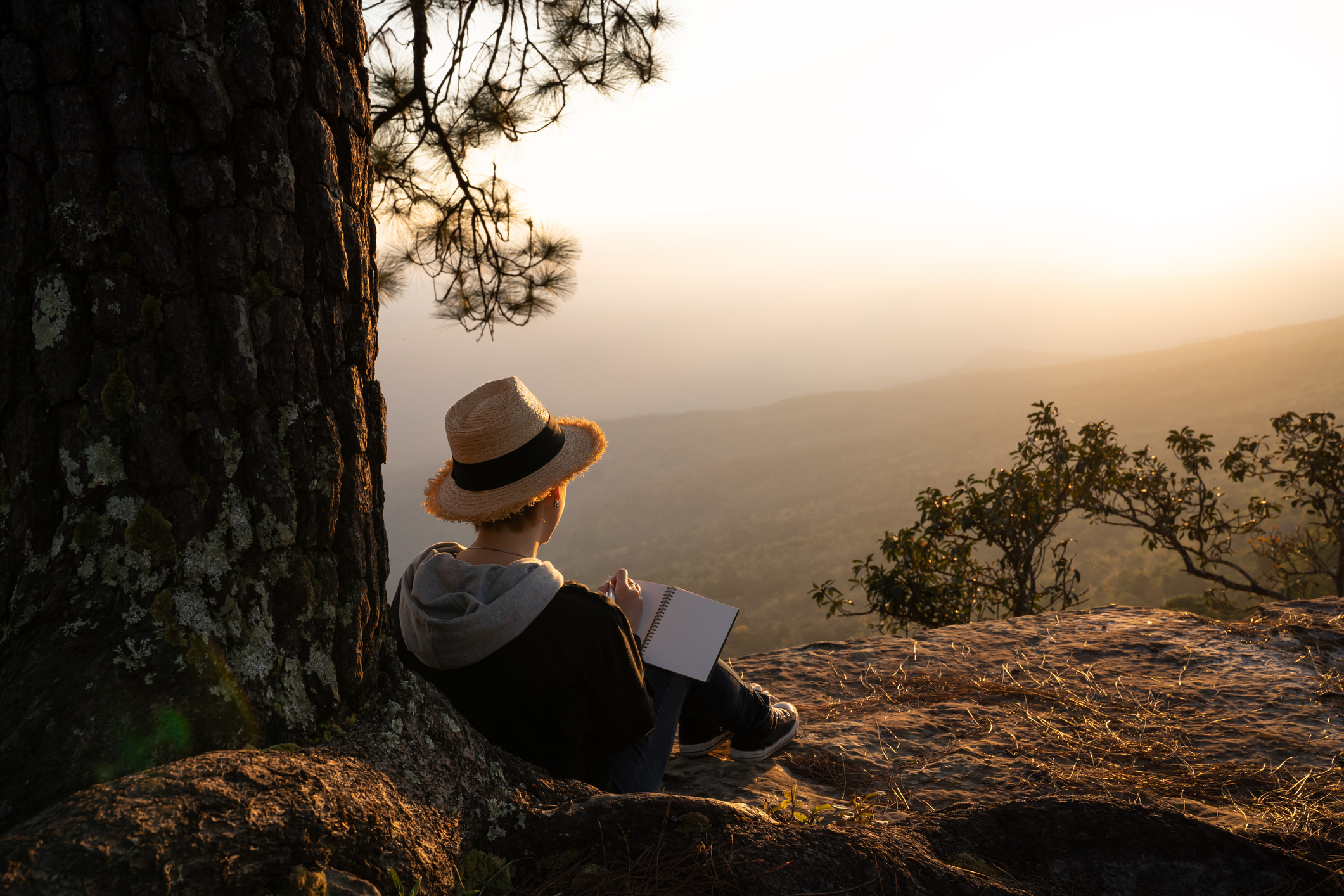 "Whatever you're meant to do, do it now. The conditions are always impossible."

That Doris Lessing quotation is on an old, curling post-it-note above my desk. It’s been there awhile. I love its completely uncompromising realism. It’s given me strength.

The sentiment lends itself beautifully to writing: if you’ve decided that what you’re meant to do is write, you must write, wherever and whenever you can. Because there may never be the perfect time, place, mood, atmosphere or idea. The conditions will always be impossible.

In this strange time of isolation, when we’re trapped in our homes and many distractions have been forcibly minimized, you’d think the conditions might be veering more toward the possible in terms of writing. But they aren’t.

At first it seemed a golden opportunity to start new stories, experiment, complete all those half-finished projects. But many writers I know (myself included) are struggling to stay focused and productive, let alone inspired and creative. Some aren’t writing at all.

And for good reason. Our disinfected homes are the sites of so much juggling and worry about job losses, finances, children at home, extended family and friends. And sickness, let’s not forget sickness. Or even the possibility of sickness.

The endless, bleak news cycle also takes a psychological toll. So does the uncertainty about the future. When even a trip to the grocery store spikes our stress, how is it possible to clear our minds and calmly settle into writing?

The conditions seem even more impossible than ever. But it’s in the rocky soil of impossible conditions that writing can sometimes blossom. But you have to make it happen.

I’ve written through impossible conditions before. Not smoothly, serenely and seamlessly, but in lurches and blurts. In scribbled notebooks, on loose bits of paper, in a scattering of Word documents, piece by piece.

I wrote when I had three small children at home, grabbing whatever time I could get. Any time. Naptimes. After bedtime. Snack time. During a DVD.

Fifteen minutes here, a half an hour there. In school gyms waiting for the game to start. In the car, waiting for a child’s practice or rehearsal to finish, or the school bell to ring.

But not for long.

After a cancer diagnosis, I was caught up in a long whirlwind of surgery, chemotherapy, radiation therapy, and a five-year clinical trial.

It was during this very bleak time that Doris Lessing’s quotation took on a new meaning. The first part of the quotation became particularly resonant: “whatever you’re meant to do, do it now.”

Don’t put it off. Don’t wait. None of us know how much time we have.

All the uncertainty and stress lent an urgency to my writing. I made lists of all the stories I had in me, waiting to get out. I wrote feverishly in the Cross Cancer Institute waiting rooms, during check-ups and treatments, whenever I had the energy for it.

Writing gave me a purpose. It gave me an escape. My stories gave me hope, even in the most impossible of conditions.

In this era of COVID-19, I’m getting a strange sense of déjà vu. There is a similar cocktail of stress, fear, and uncertainty about the future as there was in that dark period of my life. It’s creating a similar urgency for some people to think about writing, and for some, to write.

So if you feel, as Doris Lessing felt, that you are meant to be a writer, the only option is to write. And write now–with an unsettled, jumpy mind, in fear and stress and foreboding, in the middle of a noisy and crowded house, in bits and pieces.

But the act of writing is worth the struggle. It brings clarity and meaning; it solaces and diverts and creates connections.

Out of impossible conditions, writing brings all kinds of possibilities.

EPL Featured Writer Alison Hughes has published 16 books some of which have been translated into Dutch, Korean, Turkish and French. She won the Writers’ Union Writing for Children Award and has been a finalist for Canada’s Governor-General’s Literary Awards, the Alberta Literary Awards, and many provincial children’s choice awards, including Ontario’s Silver Birch. Her short fiction has been short- and long-listed for the Writers’ Union Short Fiction Competition and the CBC Literary Awards. She has been a Writing Mentor and Manuscript Evaluator with the Writers’ Guild of Alberta, opens a new window, and is currently a casual Writing Advisor/Editor for the University of Alberta’s Academic Success Centre, opens a new window.

View a complete list of all of Alison's books that are in EPL's collection.