Does the Edmonton Public Library have the largest robot collection in North America? With a bursting robot family housed at each of our 20 branches, we think so!

Whether you're keen on learning to code or just want to fulfill your life-long dream of having a robot best friend, EPL has something for you. Meet the bots of EPL at Library programs or sign out a techy toy to try out at home. 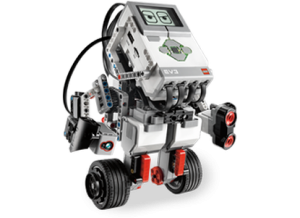 Brains and brawn in one package, LEGO Mindstorms are bulky, blocky beasts. While they may not win robot beauty pageants anytime soon, underneath their distinctly grey exterior is a robot that you put together from LEGO pieces and then code, giving you ultimate mad scientist status.

Strengths: The robot most likely to enjoy a successful career as an international super spy, LEGO Mindstorms can be built in an infinite number of ways—from elephants to snakes to roaring T-Rexes.

Say Hello to Dash and Dot, opens a new window 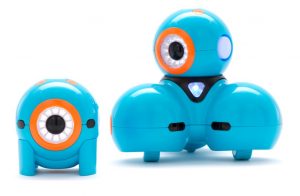 Dash and Dot are best friend robots. Often described as “a bunch of mutant blueberries glued together," Dash whizzes and zooms and dances all day, while Dot watches her friend and gives the best advice

Strengths: They’re never lonely, because they always have each other. And if awards were given out for extreme chattiness, Dash and Dot would take top prize. These robots are always talking up a storm, so it’s best to leave them to their own ruminations.

Get to Know Sphero, opens a new window 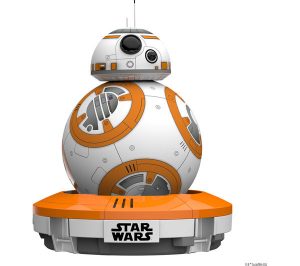 A Sphero only knows one word: fast. These sleek little balls roll and sprint and spin to their hearts’ content. Spheroes love moving so much, they can even leap underwater should something catch their interest.

Strengths: When Spheros aren’t busy roaming everywhere, they also enjoy a spot of golf or exploring the known universe through their special apps. Spheroes also love rolling around in a good pool of paint—they have artistic souls. 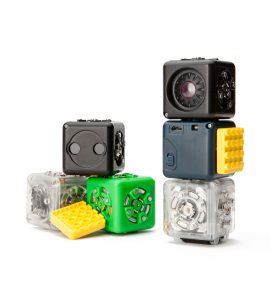 Long thought to be an urban legend but recently spotted at select EPL branches, Cubelets are a source of intense scientific study. For example, when they shine their lights at us, are they trying to pass on a secret alien message?

Strengths: Essentially a robot Rubik’s Cube, Cubelets come in individual pieces that can be snapped together to make all sorts of robots—from a robot train to a robot flashlight to a spinning robot tower. Cubelets are quick, nimble thinkers.

So what are you waiting for? Introduce yourself to a proud member of our robot family by attending an upcoming robot program, opens a new window at your local branch.

For Digital Learning Day, opens a new window on February 22, 2018, we're running a tech petting zoo. Children can play firsthand with the "creatures" in our Makerspace, including our robot family. Find a tech petting zoo at a branch near you.