Naming practices for both places and people in Indigenous cultures differ from that of mainstream Canadian culture. Many Indigenous peoples have a name or names that were gifted to them in ceremony or by family. Generally, Indigenous place names are descriptive, communicating either what the place was (or is) utilized for or its spiritual significance. 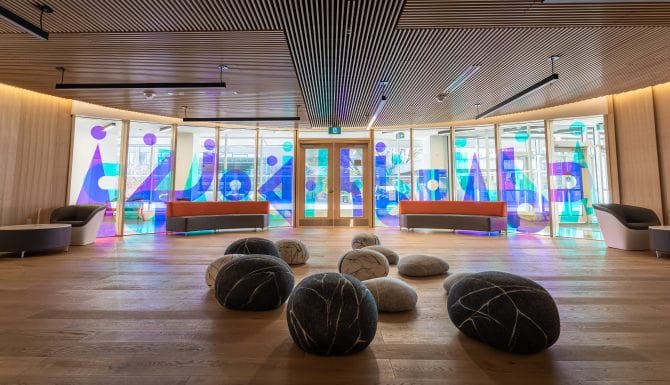 For example, the nêhiyawêwin (Plains Cree) word for Edmonton is amiskwacîwâskahikan (ᐊᒥᐢᑿᒌᐚᐢᑲᐦᐃᑲᐣ), which means ‘Beaver Hills House’. Prior to the fur trade area, “House” referred to a large beaver lodge. Later, this referred to Edmonton House or Fort Edmonton.

Through colonization naming practices were degraded. This process happened in a number of ways—recordings of names were misspelled, surnames were given to people who did not previously have them, names of the Indian Agents were written down instead of the names of individuals. Many people were also forbidden to use their Indigenous names or traditional family names through residential schools, day schools, the sixties scoop and the millennial scoop.

Reclaiming names is integral to the resurgence of Indigenous cultures and languages. For an individual, reclaiming a name or choosing to be called their ceremonial name is an important act of reclamation. The Truth and Reconciliation Commission of Canada (TRC) Final Report recognized the importance of Indigenous naming by including Call to Action #17:

“We call upon all levels of government to enable residential school Survivors and their families to reclaim names changed by the residential school system by waiving administrative costs for a period of five years for the name-change process and the revision of official identity documents, such as birth certificates, passports, driver’s licenses, health cards, status cards, and social insurance numbers.”

Everyone can contribute to this work by learning Indigenous place names and taking the time to learn how to pronounce Indigenous people and place names. Both the names of places and individuals can teach us a lot about the land we live on and other cultures. While it may be tricky at first, we say Indigenous names regularly in Edmonton, including words such as Saskatchewan and Wetaskiwin!

Changing Names of Individuals in Alberta

In response to TRC Call to Action #17, the Government of Alberta is offering name changes free of charge until January 31, 2024 for survivors of residential schools, the sixties scoop and day schools, as well as their descendants. Follow these steps to apply for a no-cost change of name.

Importantly, this process only applies to people born in Alberta. If you were born in another province and live in Alberta, you will have to apply through your province of birth first, then have your name changed on your Alberta identification. Some, but not all, provinces are offering name changes free of charge in line with TRC Call to Action #17.

As of Monday, Oct. 18, 2021, Edmonton officially introduced new Indigenous ward names. The process started in June 2020 when Indigenous Elders and urban Indigenous community members approached the Edmonton City Council to rename Edmonton’s newly amended wards with Indigenous names. In the summer of 2020, a group of Indigenous matriarchs were asked to determine the names. The committee, called iyiniw iskwewak wihtwawin, was made up of 17 women from First Nations in Treaty No. 6, 7, 8, representing the Anishinaabe, Blackfoot, Nehiyaw, Dene, Inuit, Iroquois (Michel Band), Métis and Sioux nations.

The naming process was based in Indigenous ceremony and consensus between the committee members. As Edmonton has been a gathering place and site of international trade for Indigenous peoples for thousands of years, it was important that the names reflect the diverse Indigenous nations and cultures in the area. The chosen names honour sacred places and histories that are geographically specific to each ward. Learn more about the new wards, including pronunciation, name explanation and favourites from the EPL branches that serve each ward.

EPL is committed to using Indigenous languages in our spaces, including two recent projects that use nêhiyawêwin (Plains Cree), a language Indigenous to Edmonton.

PÎYÊSÎW WÂSKÂHIKAN is the Indigenous Gathering Space at Stanley A. Milner Library. The name translates to Thunderbird House. Elders Jo-Ann and Jerry Saddleback gifted this name during a pipe ceremony in August 2020. Learn more about the meaning behind the name and how the name fit the vision for the space.

Mâmawô ayâwin is the new program for Indigenous Services at EPL. The name means all being together and reflects EPL’s intention to bring Indigenous and non-Indigenous Peoples together to learn, discuss and celebrate under various topics. Similar to PÎYÊSÎW WÂSKÂHIKAN, EPL consulted with the Indigenous community on the name.

In September, EPL hosted the first Mâmawô ayâwin event, a panel discussion on reclaiming Indigenous names. Indigenous thought leaders spoke about cultural processes and protocols around naming both people and places, as well as the projects they have been involved in such as the City of Edmonton Indigenous Ward Naming, Uncover Oliver Project and movement to rename Ryerson University (X-University).