The Edmonton Public Library's Writer in Residence (WIR) program provides services to aspiring and established writers in Edmonton. Services include individual manuscript consultations, public readings and talks, information on the publishing process and networking with the writing community. The WIR hosts monthly events at various EPL branches. These sessions bring together writers of all abilities to network, talk about their writing, listen to guest speakers, and provide support and encouragement to each other.

About the Writer in Residence 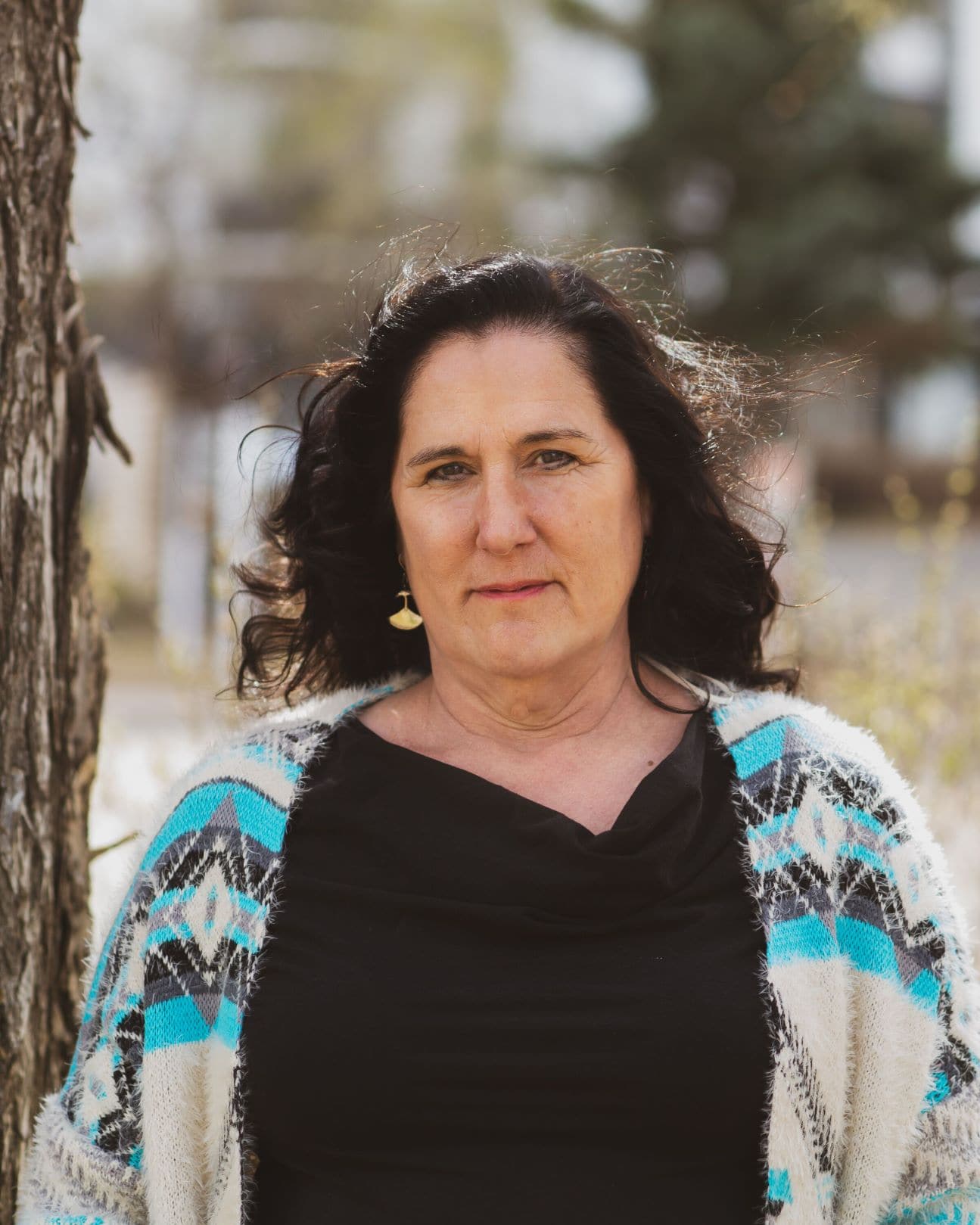 Norma Dunning is the 2021 recipient of the Governor General's Award for English-language fiction, one of Canada's oldest and most prestigious prizes for literature, for her short story collection Tainna: The Unseen Ones. This is Dunning’s second collection of short stories. Her first short story collection, Annie Muktuk and Other Stories (2017), received the Danuta Gleed Literary Award and the Bronze Foreword INDIES award. Her short story “Elipsee” also won the Howard O’Hagan award in 2018. As well, Dunning is a professor at the University of Alberta and the grandmother to five children.

Norma is maintaining regular office hours through video conferencing software, email, and telephone. Her virtual office hours will be:

Norma can be reached through email at Norma.Dunning@epl.ca or by phone at 780-499-0680.  When booking appointments please include your name, writing experience, and genre of work.

Past Writers in Residence Expand

Vern Thiessen is one of Canada’s most

produced playwrights. His work has been seen across Canada, the United States, Europe and Asia.  His works include Of Human Bondage, Vimy, Einstein’s Gift (GG winner), Lenin’s Embalmers (GG finalist), Apple, and Shakespeare’s Will. He has been produced off-Broadway five times. Vern is the recipient of numerous awards, including the Dora and Sterling awards for Outstanding New Play, The Carol Bolt Award, the Gwen Pharis Ringwood Award, the City of Edmonton Arts Achievement Award, the University of Alberta Alumni Award of Excellence, and the Governor General’s Literary Award for Drama, Canada’s highest honour for a playwright. Vern received his B.A. from the University of Winnipeg and an M.F.A. from the University of Alberta. 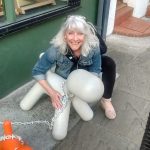 Susie Moloney has been a novelist, journalist, essayist and screenwriter for decades. Her second novel, A Dry Spell, has been published in 18 countries and translated into 12 languages. Tom Cruise optioned the film rights. Her other novels, Bastion Falls, The Dwelling, and The Thirteen have also sold in multiple countries, and languages. She is the author of a collection of short fiction,Things Withered. An award-winning novelist, screenwriter, and columnist, her first feature film, Bright Hill Road, has just been completed and will be screening soon. She's married to celebrated playwright, Vern Thiessen and together they are raising what is quite possibly the world's worst dog, Scrappy. He is the centre of their lives. 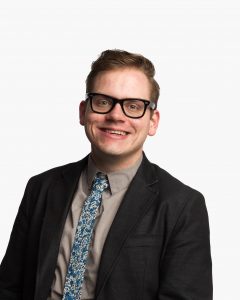 Matthew Stepanic is the editor of Glass Buffalo, the poetry editor of Eighteen Bridges and a freelance writer. His poetry has appeared or is forthcoming in Poetry Is Dead, The Fiddlehead, PRISM International, The New Quarterly and others. He is also the co-author of the collaborative novel Project Compass (Monto Books 2017), and the author of Relying on that Body (Glass Buffalo Publishing 2018), a poetry chapbook about RuPaul’s Drag Race.

In 2015, FIPP named him one of the Top 3 Rising Stars in Media, and his poetry and writing have previously been nominated for Alberta Magazine Awards. Alongside Jason Purcell, Stepanic also manages Glass Bookshop, Edmonton’s newest bookstore that promises a curated reading life. 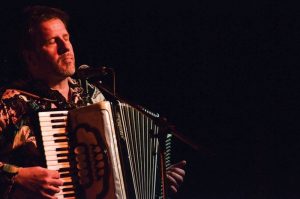 A playwright, actor, sound designer, composer, performer, director and TV host, Darrin Hagen is the Artistic Director of Guys In Disguise, currently celebrating three decades of drag comedies that have toured across North America. He has received seven Sterling Awards for his work in the Edmonton theatre scene, and over 40 nominations. His writing debut was the award-winning The Edmonton Queen in 1996, followed by Tornado Magnet: A Salute to Trailer Court Women. Hagen’s numerous creations have been produced across Canada, in the U.S. and as far away as Ireland.

Hagen has been inducted into the Q Hall of Fame Canada and the Edmonton Queer Hall of Fame. In 2005 he was named one of 100 Edmontonians of the Century, and last year was named one of Alberta’s 25 Most Influential Artists in the last 25 years. He is currently working on a series of presentations that will illuminate the important histories of western Canada’s LGBTQ+ population.

You can read Darrin's books here, and don't for get to check out some of Darrin's posts on the EPL blog! 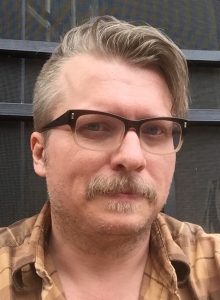 Born in Amsterdam and raised all over Canada, David van Belle is a playwright, director, actor and theatre deviser who has been Co-Artistic Director of Ghost River Theatre, an ensemble member of One Yellow Rabbit and playwright-in-residence at Alberta Theatre Projects.

van Belle has created such works as BUZZ JOB! The True Story of Cal Cavendish with Kris Demeanor and The Invisible Project during a month-long residency at Calgary’s largest homeless shelter. He is also a recipient of the Lieutenant Governor of Alberta Arts Award, several Betty Mitchell awards and numerous other citations, as well as being a multiple nominee for the Gwen Pharis Ringwood prize in playwriting.

To learn more, read David van Belle's work here,  check out his website, and peruse his post in EPL's blog.

Wayne Arthurson is an indigenous writer and musician and the author of nine books, including the bestselling Fall From Grace and A Killing Winter. In 2012, Fall From Grace, the first book in Arthurson’s Leo Desroches mystery series, won EPL’s $10,000 Alberta Readers’ Choice Award.

Along with books, Arthurson has written countless articles, appearing in newspapers and magazines across Canada and the United States. He grew up on army bases in Edmonton, Germany and Calgary, and studied journalism at the Southern Alberta Institute of Technology. As well as being an award-winning author, Arthurson is a longtime member of Edmonton’s music community and currently drums in a band called $1.49 Day.

Wayne Arthurson's books can be found in EPL's catalogue, and he can be reached on twitter. 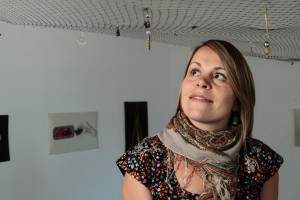 Elizabeth Withey was a staff writer for the Edmonton Journal for nearly 11 years, and her work has also appeared in newspapers across Canada, well as in magazines and literary journals including Alberta Views, Geist, Eighteen Bridges, Room and Avenue Magazine. She grew up in Saskatchewan and has a master’s degree from the University of Oxford. She studied writing at the University of Victoria before moving to Edmonton in 2004. Aside from being an award winning writer, Withey is an advanced yoga practitioner and certified ashtanga instructor, and is also fluent in German, French and Spanish.

Liz Withey's works can be found in EPL's catalogue. Learn more at her website.

Jan 25th | 7:30pm - 8:30pm
Online Event
Learn the foundations of reading, as well as easy and fun strategies for you and your child (K to Grade 2) to do together.

How many Writers in Residences are there? Expand

Vern Thiessen, an established playwright whose award-winning work has been seen across Canada, the United States, Europe and Asia will serve as EPL’s Writer in Residence for the year.

As the regional Writer in Residence, award-winning queer poet and artist Nisha Patel will split her time between the two libraries, with the first six months of 2021 in Strathcona County Library and the final six months in St. Albert Library.

What kinds of writing will Vern give feedback on? Expand

Vern is primarily a dramatic writer (Theater, film, TV) but will provide feedback on all types of writing, including prose, poetry, creative non-fiction and other forms.

Can I bring in my writing for feedback? Do I have to be a published author? Expand

Anyone who has a story to tell, in a written form, can contact Vern.

What kinds of things will we be discussing? Expand

Whatever the writer needs help with.  This could be a conversation about the mechanics of writing, or what inspires the writer, or how to re-write the work to make it better. It all depends on what the writer is looking for.

How do I submit something for Vern to review? Expand

The best way to contact Vern is to send him an email. Once the library reopens, Vern will be at the Stanley A. Milner Library:

Drop-ins are welcome, but as there is often high demand it is recommended you book an appointment in advance.