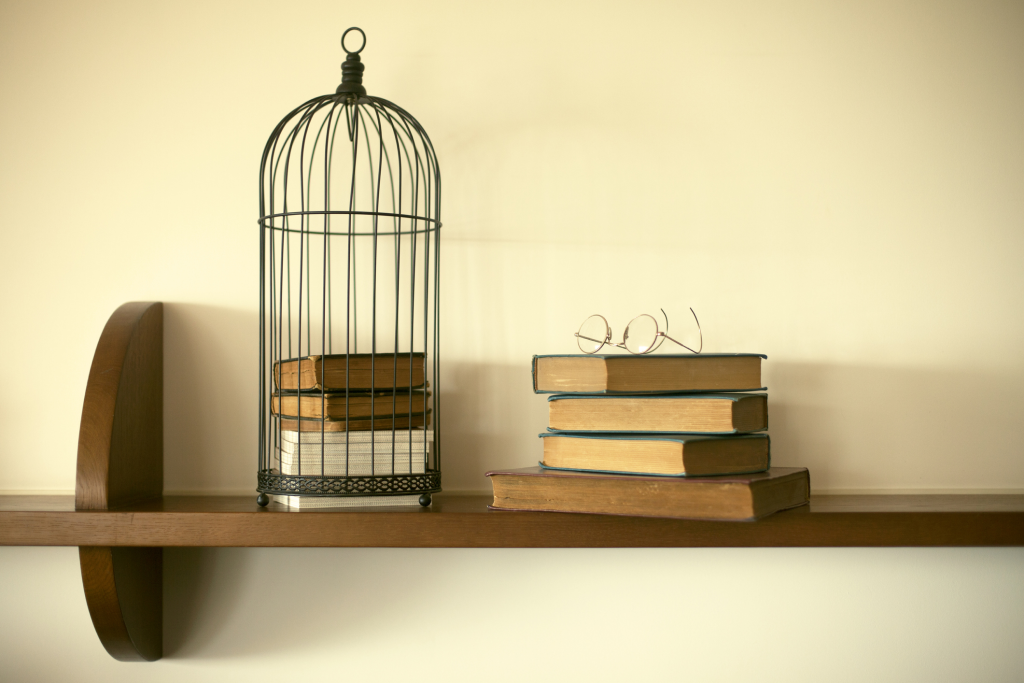 Every now and then, customers share with us their concerns about items on our shelves. Sometimes we’re asked to re-shelve it, restrict check-outs to adults or remove it from the Library entirely. When this happens, we let them know about our stance on Intellectual Freedom.

Intellectual Freedom is your right to read, listen, write and speak your beliefs and opinions. Under the Canadian Charter of Rights and Freedoms, Canadians are granted the fundamental right to freedom of thought, belief, opinion and expression. This means that you can express your concern about the items in our collection. It also means that we resist removing items when challenged, because to do so would limit our customers’ access to information and intellectual freedom.

Each year, libraries in Canada celebrate this right with Freedom to Read Week in February and Banned Books Week in September.

We’ve highlighted eight titles that customers have challenged over the years at EPL, why they challenged them and which ones we kept in our collection. For each challenge, we reviewed the title and consulted resources to reevaluate it.

You can also view our complete record of Challenged Materials at EPL since 1998.

The Riverdale gang fights for their lives against the alien Predator! All the gore of Predator with the dialogue of Archie comics.

This graphic novel was challenged in May 2019 due to the amount of violence in its illustrations.

The publisher of Archie Vs. Predator and all reviewing sources state that it is appropriate for youth 14 and older. EPL decided to keep this novel in our teen collection.

Archie Vs. Predator is available as a graphic novel and eBook.

Includes personal accounts from teenagers who have been bullied and describes how they found courage to stand up to their bullies.

This book was challenged in August 2017 because it wasn’t considered appropriate for children and should be moved to our teen collection.

Reviewing sources state that Bullied Kids Speak Out addresses an important concern for a variety of ages but note that it is written for an audience between grades nine to 12. EPL decided to move this book to our teen non-fiction collection.

Bullied Kids Speak Out is available as a book.

Bunnies dance, play, sing and learn to include a fox in their games.

This book was challenged in July 2018 due to its perceived anti-individualism, anti-evolutionism and pro-conformism as well as its lack of information about animals in nature.

Reviews of Everybunny Dance! recommend the title for use in storytimes. It is considered an excellent book for preschoolers due to its rhyming, rhythm, visual cues and page design.

This fiction title for children up to five years of age isn’t meant to provide scientific facts about animals. EPL decided to keep this book in our juvenile collection.

Everybunny Dance! is available as a book.

When Carmen tries to tell her parents about the fart in her bed, they don’t expect it to be real—let alone attack them and the police!

This children’s book was challenged back in October 1998 due to its perceived bad taste and inclusion of the word “fart."

Reviews of Good Families Don’t note it's a “real crowd pleaser,” and don’t express concerns about the subject matter. The popularity of the book is also evident by the high number of print runs since it was first published. We decided to keep this title in our collection.

Good Families Don’t is available as a book.

5. I am I by Marie-Louise Fitzpatrick

Two small boys wage war against each other in this parable about the futility of fighting.

This picture book was challenged in November 2007 due to the anger shown in its artwork and in the boys’ words, “I hate you, I hate you….”

EPL determined that while it is clear to an adult reader that the language used by the children in the story is shown to be harmful, its symbolism may be lost on young readers. However, the book also offers an opportunity for parents and caregivers to discuss issues such as bullying and name-calling with their child(ren). We decided to keep I am I in our children’s collection.

I am I is available as a book.

Parents try to explain where babies come from by telling their children all sorts of silly stories, but the kids set them straight.

This picture book was challenged in November 2000 (and again in July 2002) due to its illustrations of parents in sexual positions and its inclusion in EPL’s children’s collection.

EPL acknowledges that the topic of reproduction is a valid concern for parents, who want their child(ren) to receive correct information that is also presented according to their wishes and beliefs. To this end, we include sex education books that parents can read and discuss with their child(ren). We decided to keep this title in our children’s non-fiction collection.

Mummy Laid An Egg! is available as a book.

7. Outside In by Sarah Ellis

13-year-old Lynn meets a mysterious girl named Blossom, whose family lives in a bunker under the city. Lynn must keep her new friend’s secret but doesn’t want to lie to her mother or her other friends.

This book was challenged in February 2019 because its language and content were not considered appropriate for young children.

The publisher of Outside In, as well as the resources consulted, recommend it for children grade five and older. EPL’s juvenile fiction collection includes titles appropriate for grades two to six, so we kept it in this collection.

Outside In is available as a book and eBook.

Detective John Corey unveils a conspiracy led by the Executive Board of an informal men’s club to detonate nuclear bombs and trigger a top-secret government plan with the code name “Wild Fire.”

This book was challenged in March 2007 due to its promotion of hate and the author’s note stating his belief in and support for an initiative like Wild Fire.

Wild Fire is the fourth novel in a series about the character of John Corey. EPL’s policy is to include all the titles in a series by a popular author so that our customers can continue reading each series as new books are released. We decided to keep this title in our fiction collection.

Wild Fire is available as a book, eBook and downloadable audiobook.

Interested in reading more challenged books? Check out our lists of challenged materials in Canada.