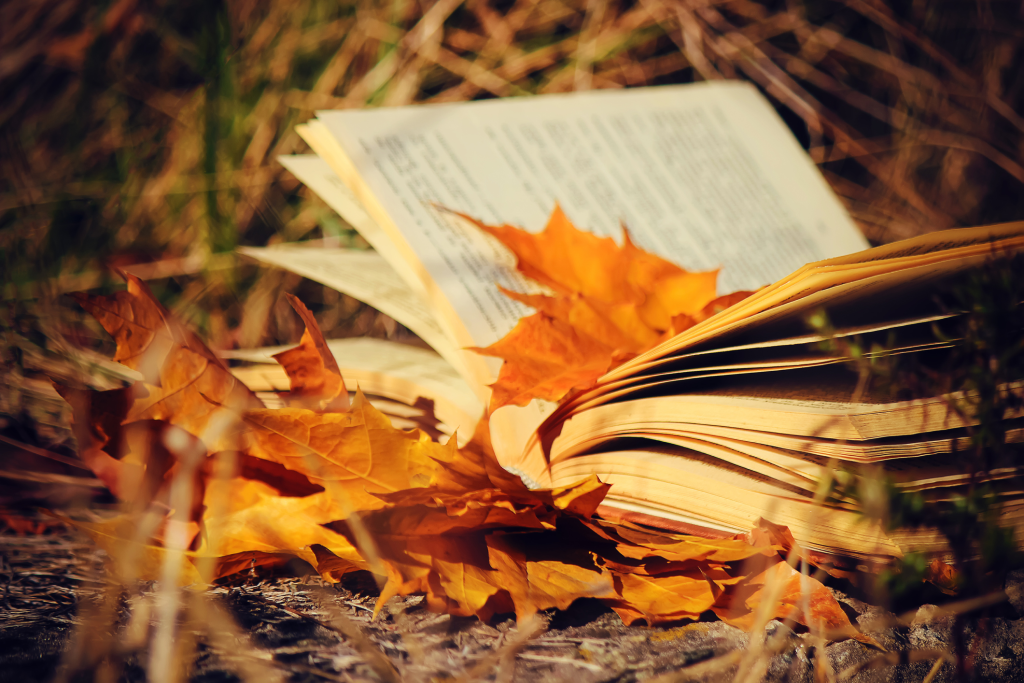 Edmontonians borrow over 11 million items from the Edmonton Public Library every year—that’s a lot of books (and movies and music and games)!

But what are Edmonton residents actually reading?

From buzzy new titles to perennially popular picks, we've looked at some of the fiction and non-fiction books with the most library holds this fall and made suggestions for what to read while you wait for your turn.

Browse these titles now for FREE with your library card. Don’t have one? Sign up online.

From the publisher: “More than fifteen years after the events of The Handmaid's Tale, the theocratic regime of the Republic of Gilead maintains its grip on power, but there are signs it is beginning to rot from within. At this crucial moment, the lives of three radically different women converge, with potentially explosive results. Two have grown up as part of the first generation to come of age in the new order. The testimonies of these two young women are joined by a third voice: a woman who wields power through the ruthless accumulation and deployment of secrets.”

What to Read Instead: The Water Cure by Sophie Mackintosh

To protect them from the violence of men, three sisters are raised on an isolated island by their parents. Visiting women looking for “water cures” are their only contact with the outside world—until two men and a boy wash ashore.

The Water Cure is available as a book, eBook and downloadable audiobook.

From the publisher: “Girl, Woman, Other is a celebration of the diversity of Black British experience. Moving, hopeful, and inventive, this extraordinary novel is a vivid portrait of the state of contemporary Britain and the legacy of Britain's colonial history in Africa and the Caribbean.”

What to Read Instead: What It Means When a Man Falls from the Sky by Lesley Nneka Arimah

Set in Nigeria and the U.S., this collection of short stories uses magical-realism to explore the connections between parents and children, husbands and wives, lovers and friends, and the places they call home.

What It Means When a Man Falls from the Sky is available as a book, eBook and downloadable audiobook.

From the publisher: “In the middle of the night, in a house on a quiet street in suburban Minneapolis, intruders silently murder Luke Ellis' parents and load him into a black SUV. The operation takes less than two minutes. Luke will wake up at The Institute, in a room that looks just like his own, except there's no window. And outside his door are other doors, behind which are other kids with special talents - telekinesis and telepathy - who got to this place the same way Luke did: Kalisha, Nick, George, Iris, and 10-year-old Avery Dixon.”

What to Read Instead: Inspection by Josh Malerman

Inspection: A Novel is available as a book and eBook.

From the publisher: “Malcolm Gladwell, host of the podcast 'Revisionist History' and best-selling author of The Tipping Point, Outliers and What the Dog Saw, offers a powerful examination of our interactions with strangers and why they often go wrong.”

What to Read Instead: Hivemind by Sarah Rose Cavanagh

Hivemind: The New Science of Tribalism in Our Divided World is available as a book.

From the publisher: “Christened Reginald Dwight, he was a shy boy with Buddy Holly glasses who grew up in the London suburb of Pinner and dreamed of becoming a pop star. By the age of twenty-three he was performing his first gig in America, facing an astonished audience in his bright yellow dungarees, a star-spangled T-shirt, and boots with wings. Elton John had arrived and the music world would never be the same again.”

What to Read Instead: Rod by Rod Stewart

British 70’s superstar (and good friend of Elton John), Rod Stewart commits his infamous exploits to paper in this engaging reflection on his life and career.

Rod: The Autobiography is available as a book, eBook, audiobook CD and downloadable audiobook.

3. Top Hold: Inside Out by Demi Moore

From the publisher: “As much as her story is about adversity, it is also about tremendous resilience. In this deeply candid and reflective memoir, Demi pulls back the curtain and opens up about her career and personal life—laying bare her tumultuous relationship with her mother, her marriages, her struggles balancing stardom with raising a family and her journey toward open heartedness. Inside Out is a story of survival, success and surrender—a wrenchingly honest portrayal of one woman's at once ordinary and iconic life.”

What to Read Instead: Girl in a Band by Kim Gordon

Founding member of Sonic Youth, Kim Gordon tells her story in this memoir about life as an artist, music, marriage, motherhood and being one of the first women in rock and roll.

Girl in a Band is available as a book, eBook, audiobook CD and downloadable audiobook.

Looking for something different? We’ll pick you a new favourite. We love books, music, movies and video games—and we can help you find stuff you love too! Let us know what you’re into by filling out the form linked below. We’ll create a hand-picked list just for you.